The architect for Unsere Kinder- und Jugendklinik Freiburg has been chosen:

Since the press conference of January 20th, 2016, it is official: The winning design for the new pediatric clinic in Freiburg comes from Vienna! The project outline developed by the architectural collective HealthTeamVienna headed by Albert Wimmer convinced everyone!

By awarding the project to the architectural collective of HealthTeamVienna in December, 2015, the jury has chosen a team of architects of Europe-wide renown. In the eyes of the INITIATIVE, this design was the most convincing due to its architectural concepts on the one hand and its presentation of functional operations on the other. With respect to spatial structure and sustainability, the architects from Vienna were most successful in translating the innovative care concept of the INITIATIVE into an architectural design using a layout reminiscent of an Aesculapian staff. 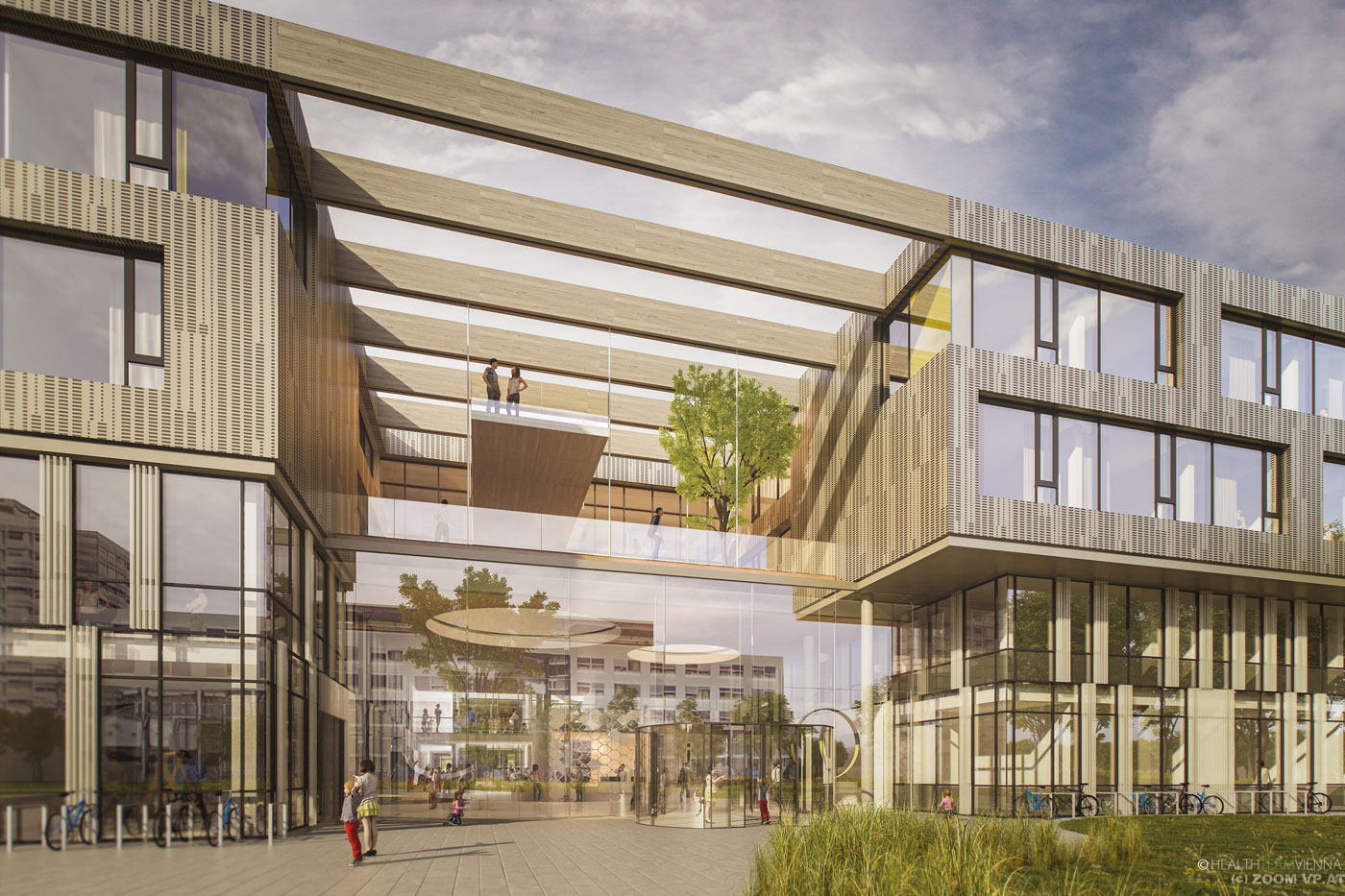 Things are moving fast! – With a big kick-off in mid-January, architects, engineering specialists and future users began to work out a detailed execution plan. Construction documents will be finalized by fall of 2016 allowing the clinic to break ground by the end of 2017. The INITIATIVE must continue to collaborate intensely with the planning team to ensure sufficient allocation of funding to realize the innovative spatial and sustainability concepts in the construction of the new clinic. Therefore we need the backing and widespread support of the general public. Every donation to the INITIATIVE is an important contribution to the realization of the innovative health care concepts for the best possible recovery of our children and adolescents. 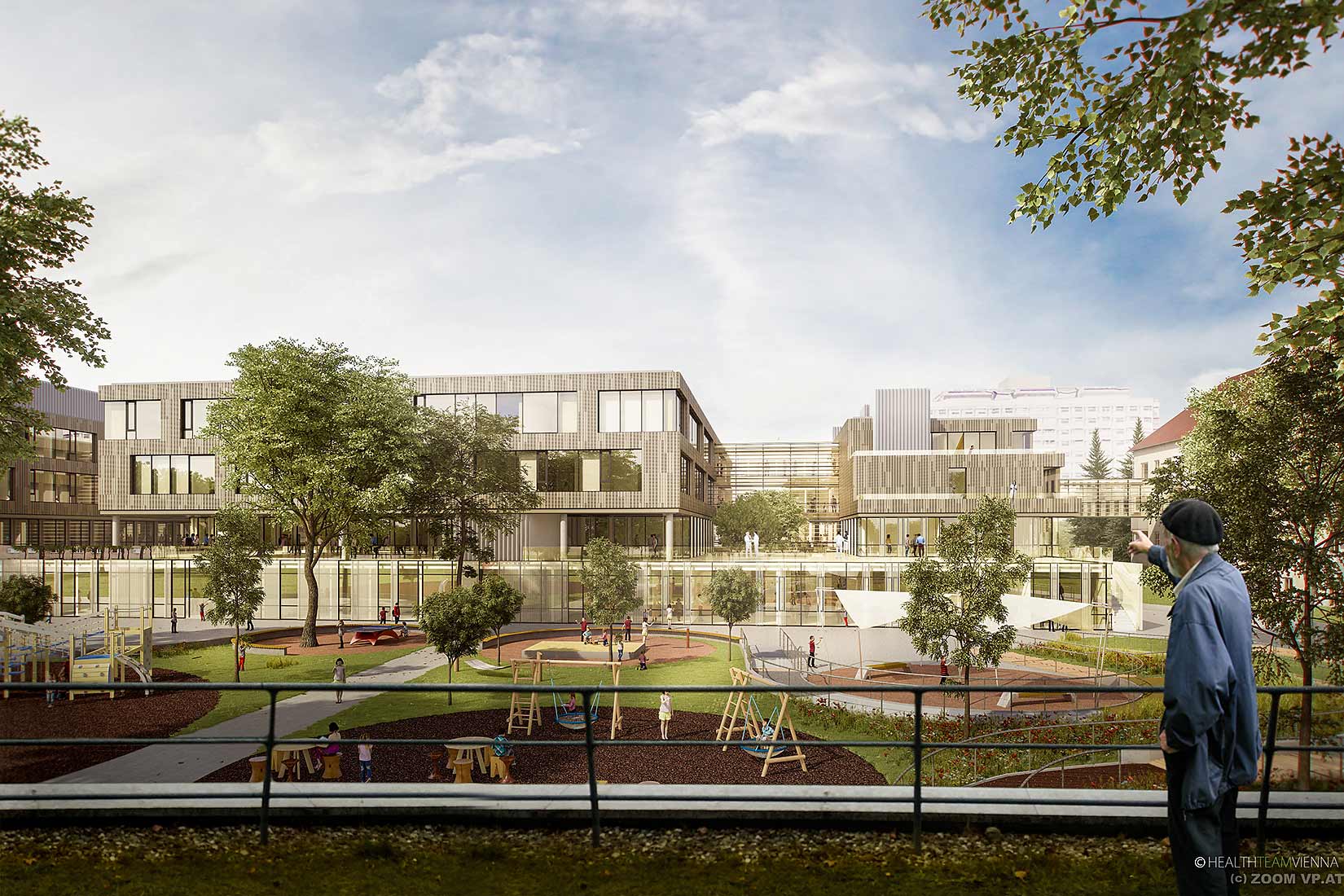 Elevation view vs Department of Obstetrics an Gynecology 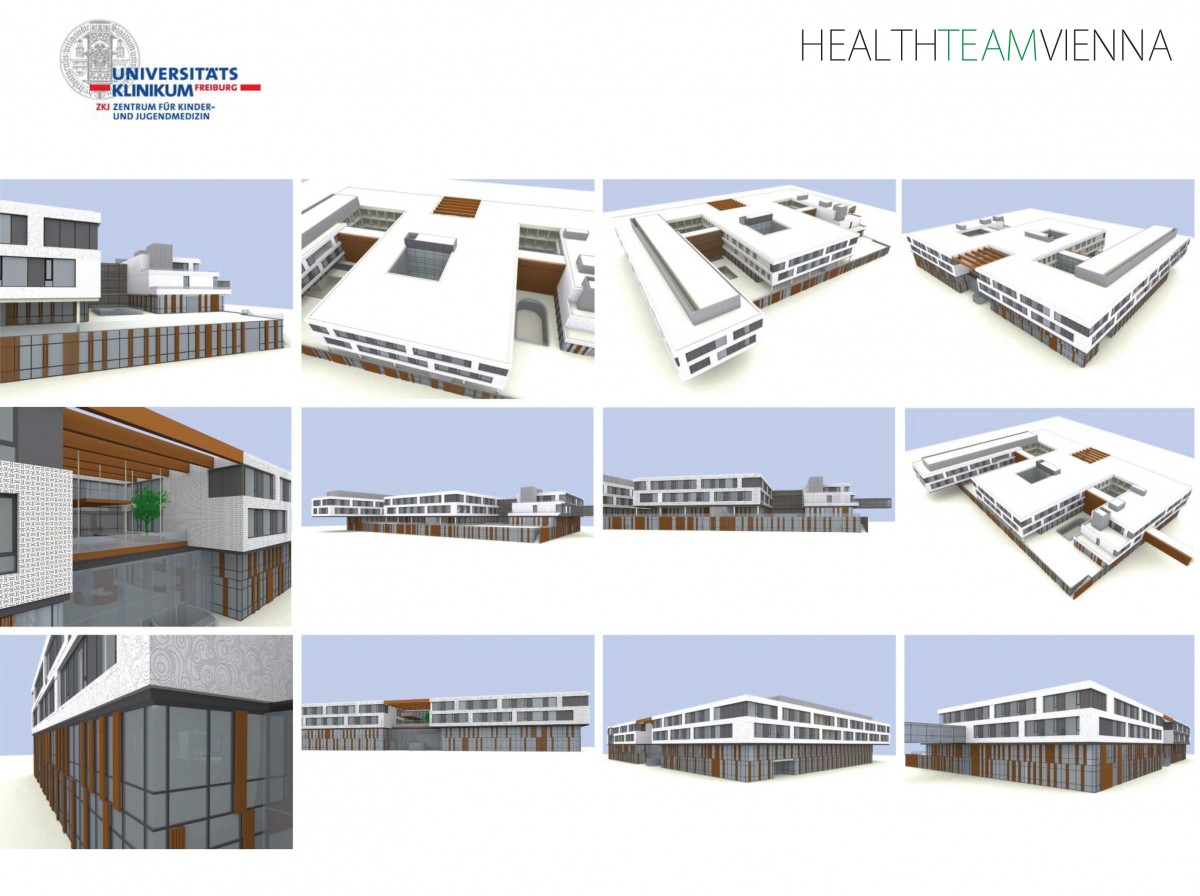 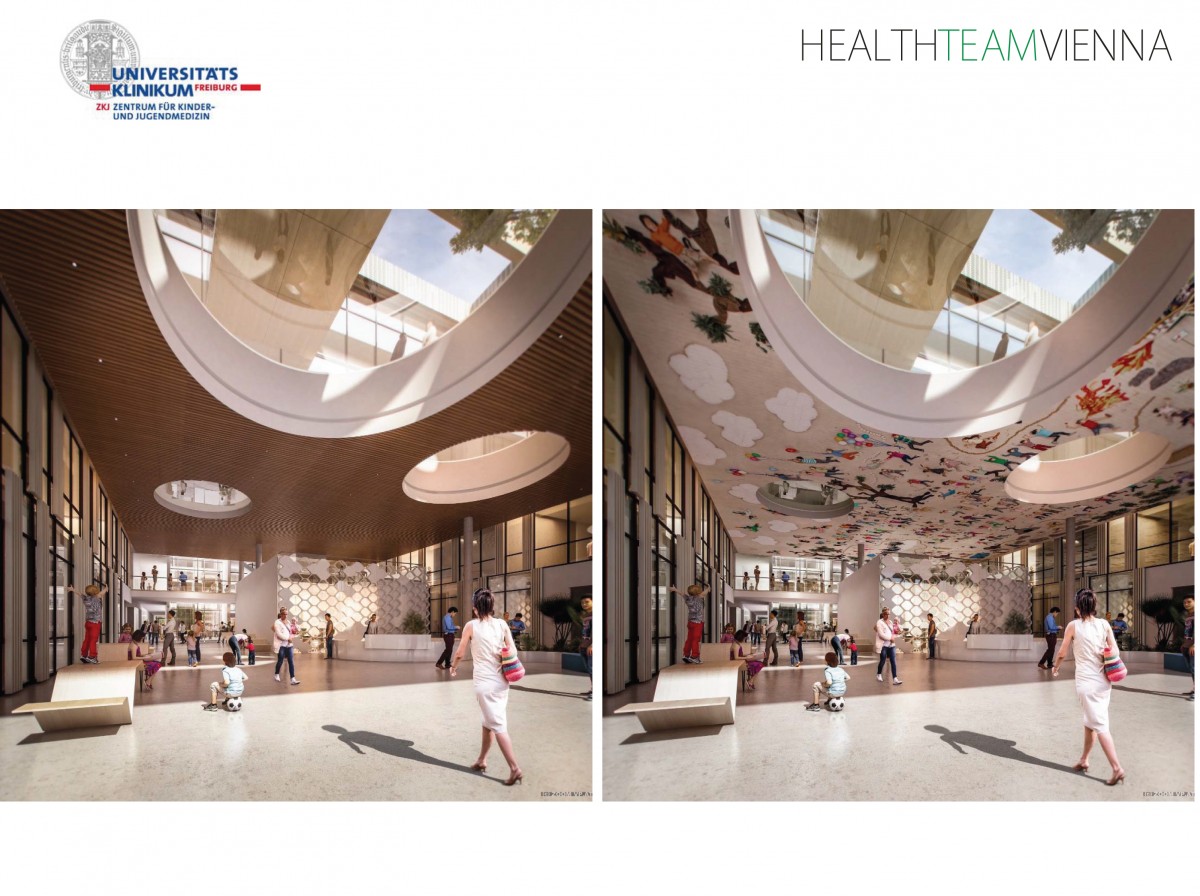